Kaʻaʻawa is the name of a small community in the Koʻolauloa district of Oʻahu where Sam grew up.  Saki comes from the Japanese 咲 (sa) meaning "blossom" and 気 (ki) meaning "spirit" or "intention".. 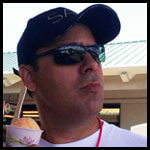 Sam Campos was born and raised in Hawaii and is of Hawaiian, Chinese, Filipino and Caucasian descent. He conceptualized Pineapple Man in 1984 and featured him in comic books ten years later. When Sam started self-publishing, he didn't own a computer or have access to things like a graphics tablet or Photoshop. But despite a slipper strap budget and high printing costs, his series garnered attention and a loyal fanbase developed. Perhaps Pineapple Man's extended hiatus can best be explained in this Honolulu Advertiser article from 2003.

Sam went on to teach graphic and sequential art for the University of Hawaii. He's also worked in television and film, doing fight choreography, costume & weapons design and storyboards.

After picking up and going to work in Hollywood for a time, Sam returned home to develop Dragonfly, a supernatural martial arts series which takes place in Hawaii.  The show combines the things he loved while growing up;  action movies, Hawaiian legends and science fiction.  In the process, he pioneered the use of 3D rapid prototyping technology in costume fabrication.  Though the project needs investors to be fully realized, Dragonfly can be seen at events around town along with his friends and foes, and is part of the Hawaii Hero Alliance.  Though still busy with Dragonfly, Sam is working on other film projects, directing and editing music videos.

Combining legend, history and multicultural traditions of Hawaii has always been a passion for Sam, and Pineapple Man is a project that he never meant to put aside for good.  Now that self-publishing has become more convenient and affordable than ever, Sam is putting the pen to Pineapple Man again.  He has recently added another title to his roster, entitled The Hawaiian Avenger Kanaka which tells the story of a homeless veteran who faces issues both mundane and supernatural, and is followed around by a cat and a rooster.

In his free time  - what's that?! - Sam crafts  unique toys and Henshin helmets which he  can sometimes be coerced into parting with for compensation when he gets hungry enough.   He also   gives and receives  support from  the Hawaiian Comic Book  Alliance. 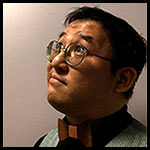 Art Wong was born in Hong Kong and moved to Hawaii in 1989.  From an early age he loved cartoons and comics, especially Doraemon and He-Man (if you don’t know, look them up.)  Art graduated from Castle High School and went on to get two degrees from UH Manoa.  Later, he returned to Manoa to earn a post baccalaureate in secondary education Art.

As a high school art teacher his students all call him Wong... as he will tell you, “You are at Wong place at the Wong time” when you enter his room.  Art has done video editing for local companies and design work.  His favorite mediums are pencil, paper and Sharpies,

After years of reading comics and teaching students to create comics;  Art finally decided to create his own.  With much motivation from his students, friends and family, he finished his first comic, The Keepers #⅓.   The world of The Keepers is expansive and each story told in it intertwines with one another to create a larger world.
​
​Demons, monsters and armies of Darkness have always existed, but have been kept at bay by a secret organization that dates back through 5,000 years of Chinese history known as “The Keepers”.  The times have changed and the organization is now worldwide, but one thing stays the same;  The Keepers will keep protecting us from the Darkness.

Art Wong - The Art of Comics from HIDOE - Video Production Branch on Vimeo. 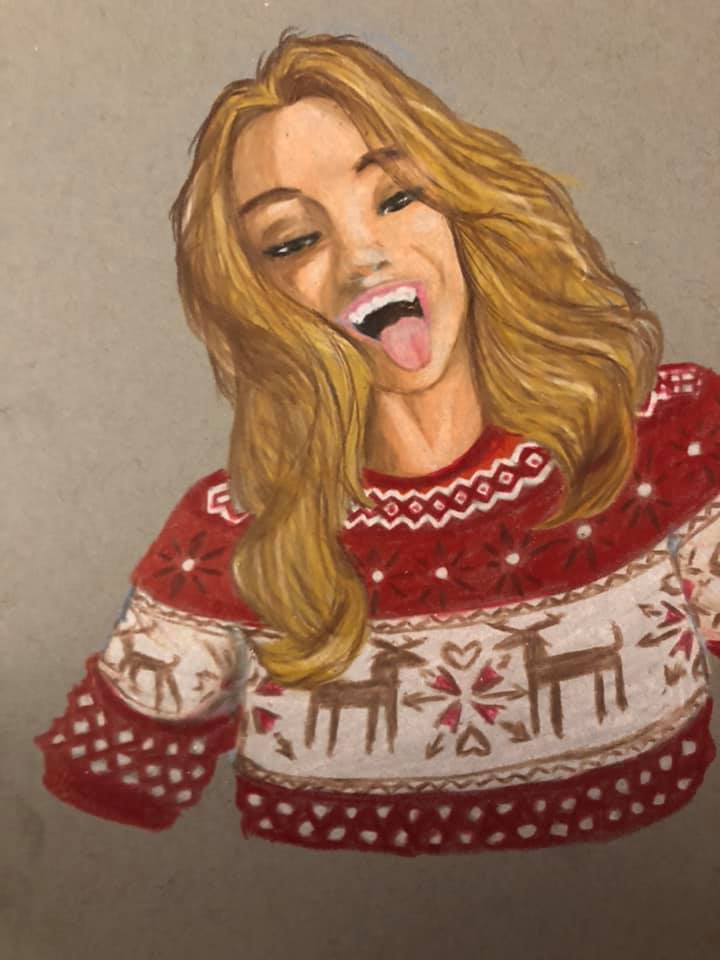 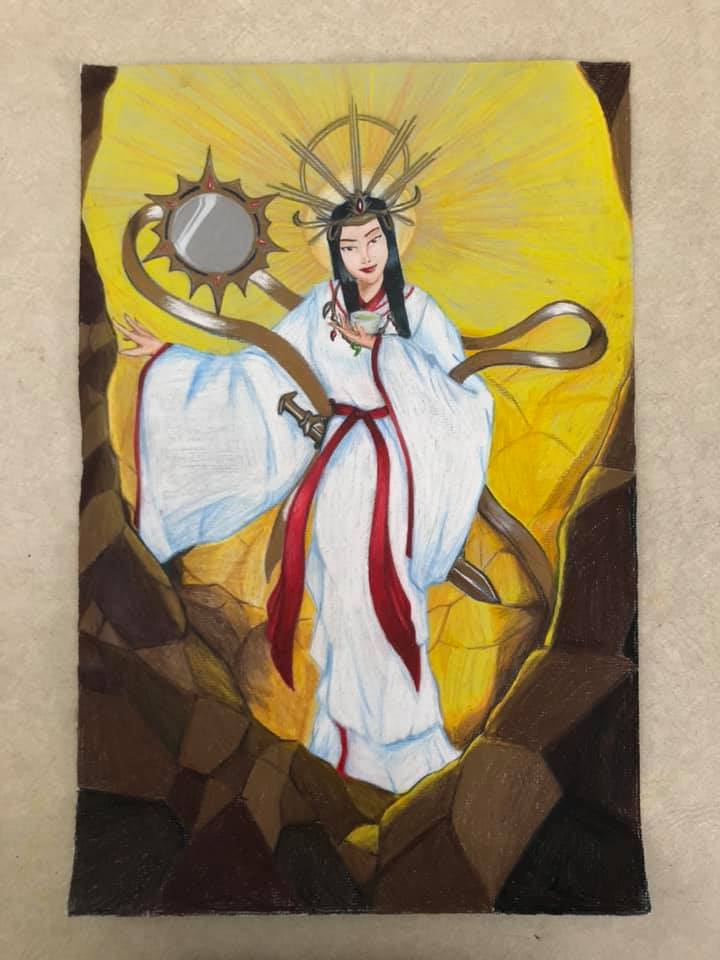 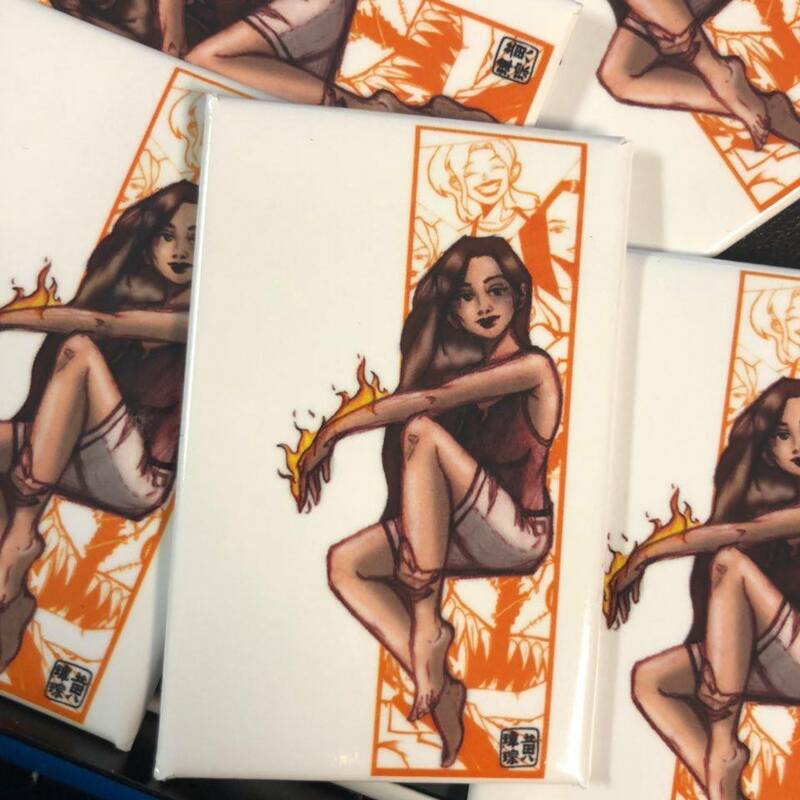 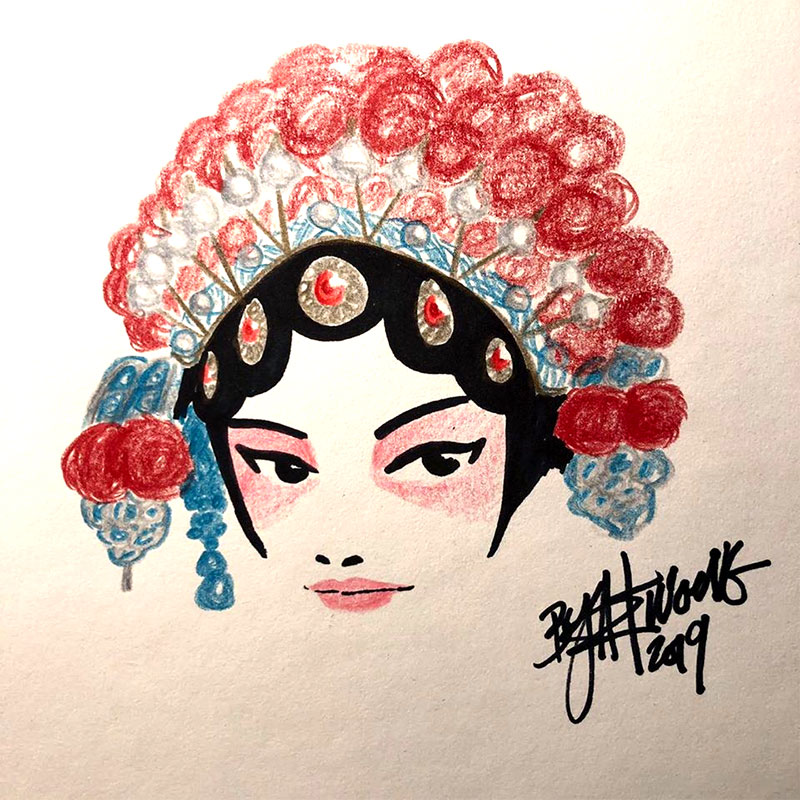 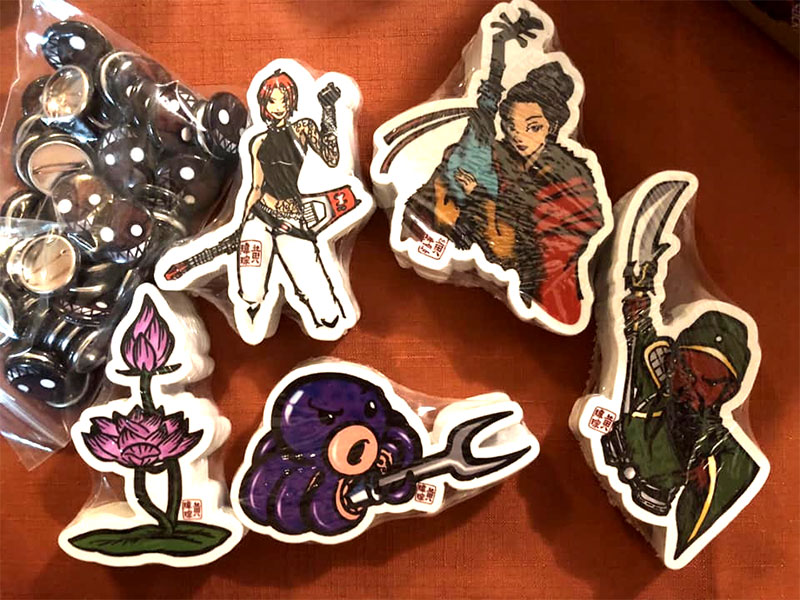 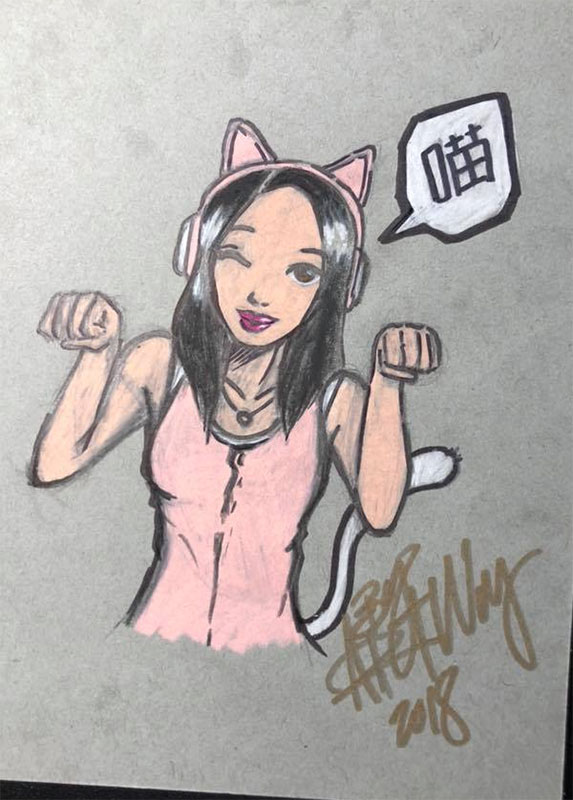 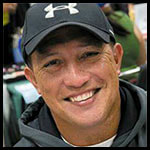 Mark Gould was born and raised in the badlands known as Kalihi.  Graduated and/or survived from Farrington High School (where he failed art class horribly) and proceeded to work in the family biz.

He attended the Kubert School until a single word, from a single little girl rendered him paralyzed. The word, "Daddy".

Besides the short stint at Kubert's, Mark is self taught and has been drawing since, like, seriously, as long as he can remember.  He has worked on T-shirt and tattoo designs, commissions, gallery work, construction design, several indie comic book covers including   Model A    for Slave Labor Graphics and most recently a cover for a future issue of   ‘Aumākua Guardians of Hawaii  and some recent interiors for issue 2 of the same title.  After drawing and writing and redrawing and rewriting his own comic for quite some time, he finally finished Native Sons: Ring of Fire, a story about  a    group of Hawaii based heroes unknowingly trained for years to fight in a centuries old war between the forces of light and dark. 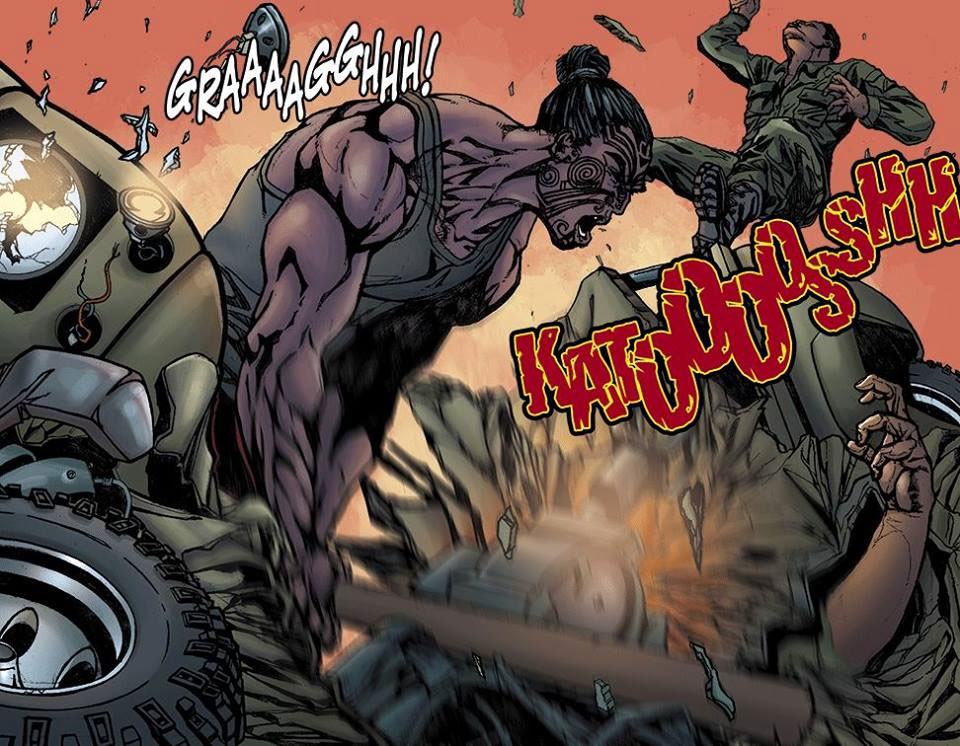 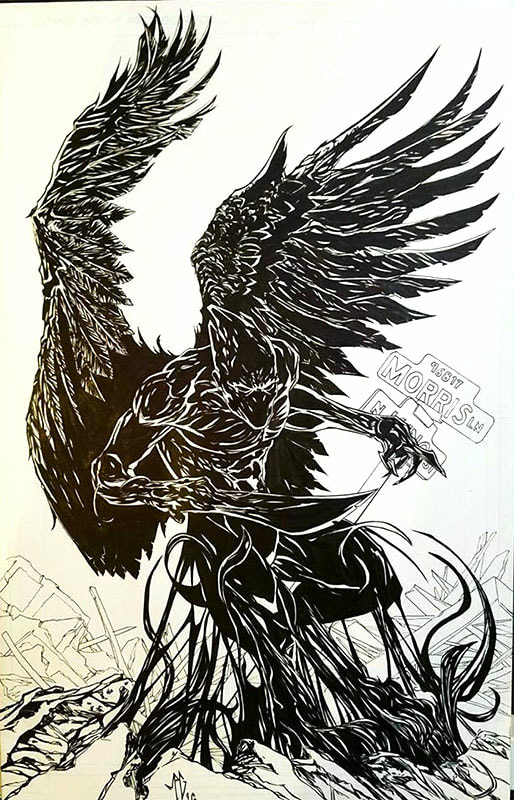 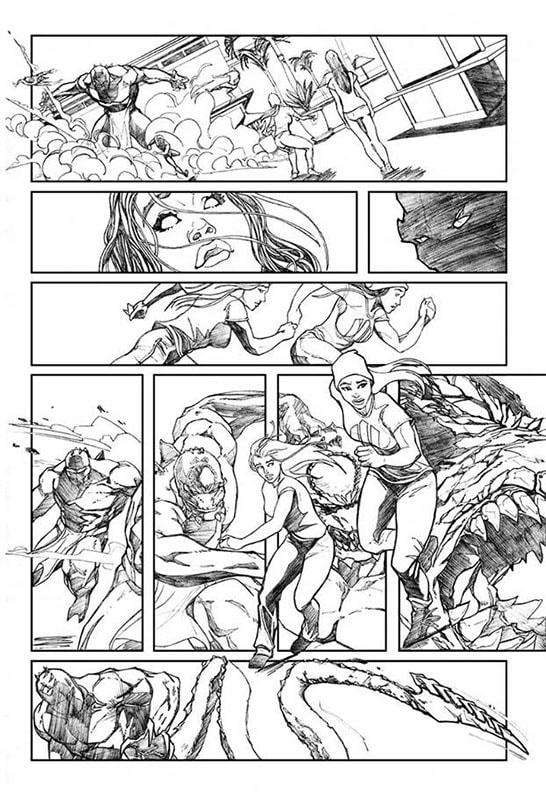 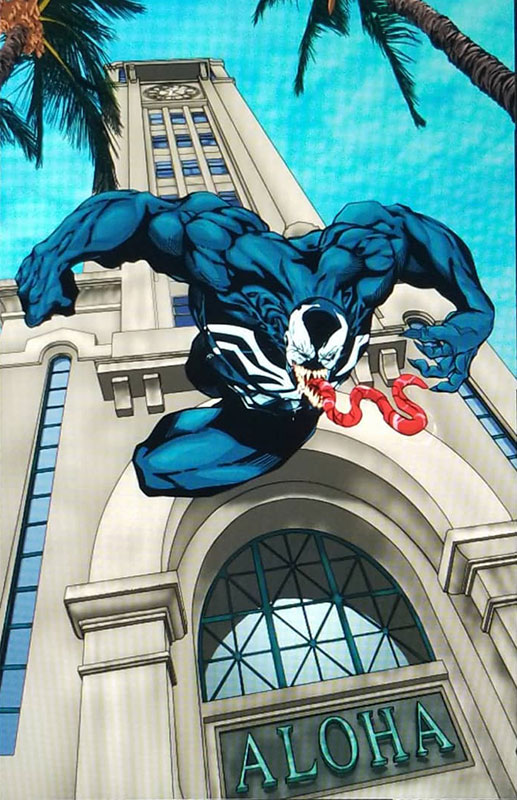